The shoot was to take place in LA and after delayed flights from Europe and China our designated team finally reached LAX airport.

Having worked with 361° several times before, we were excited about this 2-day shoot for which we had teamed up with LA-based photographer Dustin Snipes. The first shoot day took place in a huge warehouse at the Bob Hope Airport where we shot alongside TVC. It was here we also got to shoot the impressive world sumo champion Byamba.

On the second shoot day we were shooting Kevin in the studio all day. With Dustin and his dedicated team of assistants, we managed to wrap up the shoot in perfect time, in time even for celebrating Kevin’s birthday with cake and champagne.

We had some fun but busy days in LA. We are definitely looking forward to future campaigns for 361° and hopefully also for working together with Dustin again.

To see the finals for 361° go to our production page and have a look. 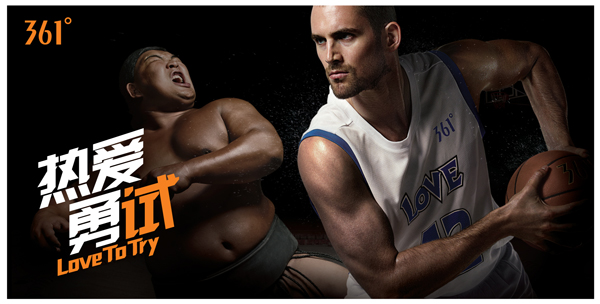 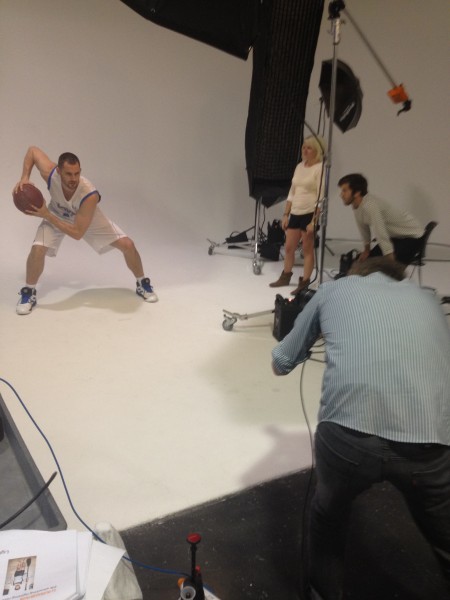 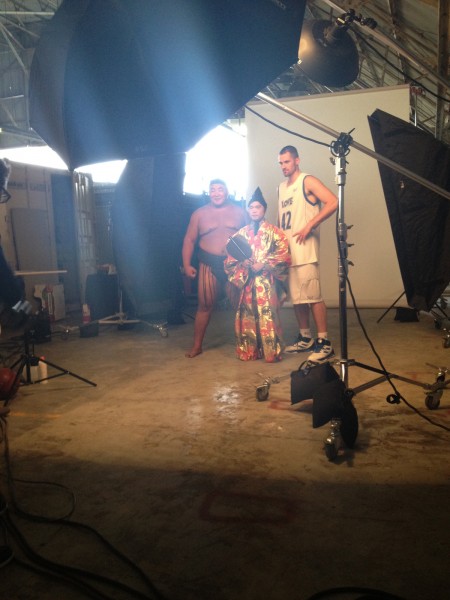 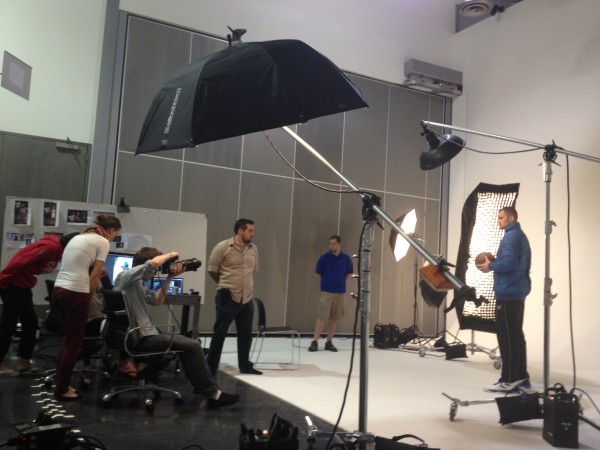 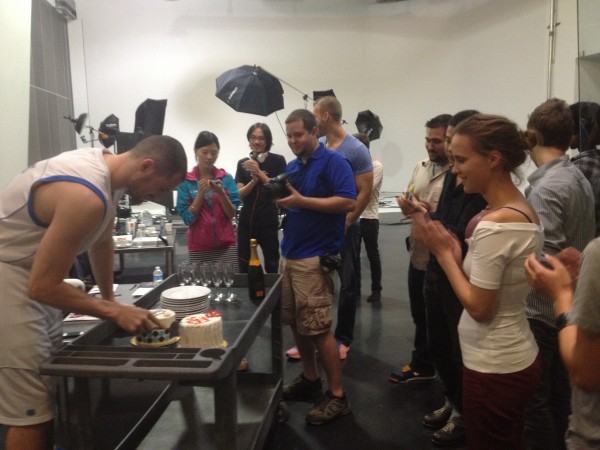