In August, Beijing Eye once again worked together with Dangdang producing a TVC for a September promotion sale.
For this job, we had teamed up with directors He Ning and Wang Xile, who had also directed our last spring’s Dangdang commercial.
The theme for this spot was “projection” and Beijing Eye took care of the whole production.  During pre-production from initial test projections, wardrobe selection, casting, crew assembling etc. the whole team worked tirelessly in the few weeks we had. After one smooth shoot day the long days and nights of post-production could begin. We managed to get it all done in due time with all the right effects as the client had wanted to see. 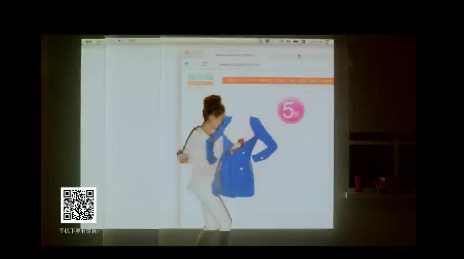